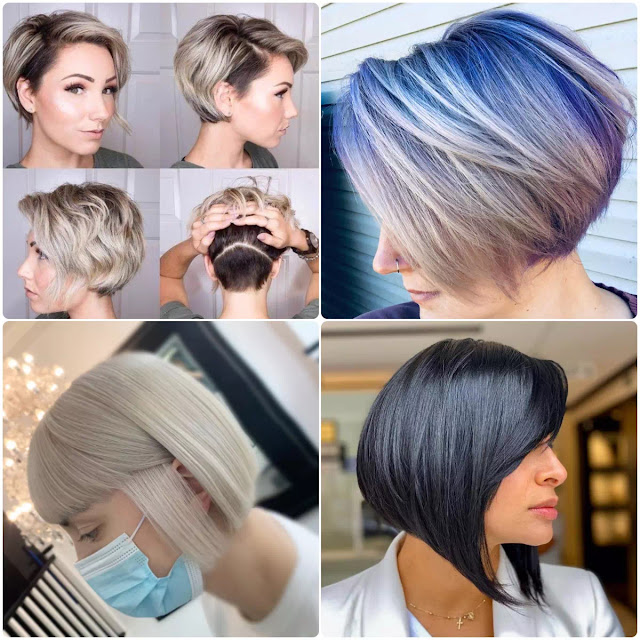 You’ve seen famous actresses spotting it as well as the supermodels, bob haircut has been making a comeback, and how. It is one of the chicest and most effortless hairstyles that you can get. It should come as no surprise that one of the most influential women in the fashion industry - Anna Wintour, has been spotting it for many years. It is a distinctive hairstyle that screams sophistication and classiness. Women all across the globe turn to this hairstyle when they’re looking to make a fashionable and classy impact. So, where does the bob haircut from come? Who started this trend? How do you know if it’s the best hairstyle for you? In this article, you’ll get to know all about the sassy hairstyle and its types. What’s more? You’ll also get to judge if it’ll suit your face type before you decide to chop your locks!

What is a bob haircut?

Bob haircut, or commonly referred to as a bob, is a hairstyle that usually keeps the hair at a short to medium length. To achieve the traditional bob hairstyle, the hairdresser will typically cut your hair straight around the head and chop it off till your jaw-level. The standard bob cut will either keep the hair reach just below the tip of your ears or even between them.

Bob haircut can also be kept well above the shoulders. Usually, women like to enhance their bob haircut with some stylish bangs or fringe at the front. This elevates the overall look and adds an extra character to the hairstyle.

The origin of bob haircut

The origin of the infamous bob haircut can be traced back to 1909. This hairstyle was introduced by a Polish hairdresser named Antoni Cierplikowski, also referred to as Antoine de Paris. He went on to bring varied hairstyles into vogue and was known to be the world’s very first celebrity hairdresser. He was inspired by Jeanne d’Arc, or famously known a Joan of Arc, and started a trend for the short bob haircut.

Given how historically, women could not be imagined without a long mane of hair, the bob haircut became to be seen as a symbol of "independence." This haircut was famous throughout the early 1920s and was spotted by famous actresses like Mary Thurman, Colleen Moore, and more.

What are the different types of bob haircuts?

Not just one, but you can find a variety of bob haircuts these days. These vary from the length and how the hair is cut. Here are some of the famous types of bob haircuts:

It is a typical bob haircut but with slightly longer hair in the front, which frames the face. The front hair typically curls under the chin.

In this type of bob, the length of the hair in front is kept at a shoulder-length while it’s kept close-cropped at the rear.

It is very similar to an A-lined bob and has stacked layers at the back. It has a more curved perimeter than a straight line. It is also known as an "inverted bob."

This type of bob haircut keeps the hair at the back tapered very short so that there’s an exposed hairline effect at the neck. The hair on the sides of the face is cut to point at the cheeks.

It is a messy bob haircut that is layered using a razor.

Which face type is the best for bob hairstyle?

A bob hairstyle is a fun way to elevate your looks and look trendier. This hairstyle looks best on the following face types:

Bob hairstyle is a chic and effortless way to enhance your looks. It makes frames your face and makes you stand out from the crowd!