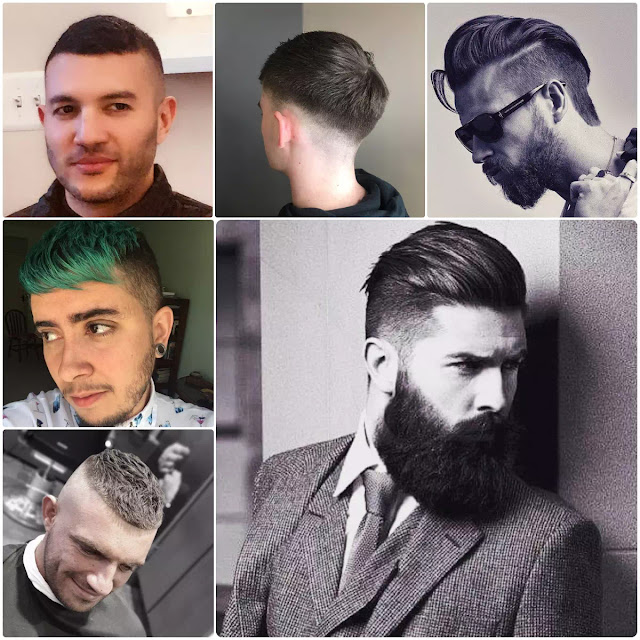 All You Need To Know About The Caesar Hairstyle

When it comes to changing your looks, going for a hairstyle that has stood the test of time is not a bad idea. The Caesar haircut is one of the most renowned styles that reeks of timeless elegance and charm. It might have its origins in Rome's ancient land, but it makes men look dapper to this day.

While many hairstyles come and go, Caesar haircut is a great hairstyle which has and always will be on-trend. The Caesar hairstyle has been spotted by many famous Hollywood actors and is also a hot-favorite of male models. So, what does this hairstyle entail? Which type should you go for? In this article, you'll have a grasp of the Caesar haircut types, as well as how it came to be. What’s more? By the end of it, you might decide to get this as your next hairstyle!

What is Caesar hairstyle?

The Caesar haircut is a type of men’s hairstyle that is short and comes with a fringe. It is a highly versatile hairstyle that goes well with hair of any textures. The hair is layered evenly to around 1-2 inches (2-5 centimeters). This hairstyle features a cut that is the same in length on the sides, top, and back.

This hairstyle provides a neat and uniform look to its wearer. It is usually chosen by young men and kids alike who like to partake in sporty activities. It suits almost every face type and hair texture and is very easy to maintain.

The origin of the Caesar haircut

There are many theories as to the origins of the infamous Caesar haircut. However, this haircut was started by the well-known Roman emperor Julius Caesar. This hairstyle is coined after the Roman ruler, who was first spotted carrying this hairstyle. It is said that Julius Caesar preferred to keep his hair forward that created a short fringe effect.

Many believe that he styled his hair in this manner to hide his premature baldness at that front from the prying eyes of people. Whether such beliefs are legitimate or not cannot be told, but it does leave much hope for men who struggle with the same issue!

The Caesar cut trend gained momentum in the west during the 1950s. It was spotted on men of all ages who wanted hassle-free and fashionable hair.

What are the different types of Caesar haircut?

Unlike the traditional Caesar cut that has the same length all over, this version comes with a tapered side. The sides gradually shorten from the top and keep reducing till the end. It is much more contemporary than the classic cut.

Although Caesar haircut entails short bangs at the front, this version gives you a fuller and longer fringe. This cut suits best on men who have thicker locks.

In this type, you can add a messy and playful touch to your classic Caesar cut by adding layers. It gives more character to the hair and adds volume.

If the classic Caesar cut feels too sharp for your style, you can jazz it up with the messy version. In this haircut, extra waves are added on the top section of the hair to give it a more relaxed look.

The Caesar haircut may be traced back to the ancient Roman emperor Julius Caesar, but it is still very much in vogue. It is a short and easy hairstyle that not only suits everyone but also looks great!