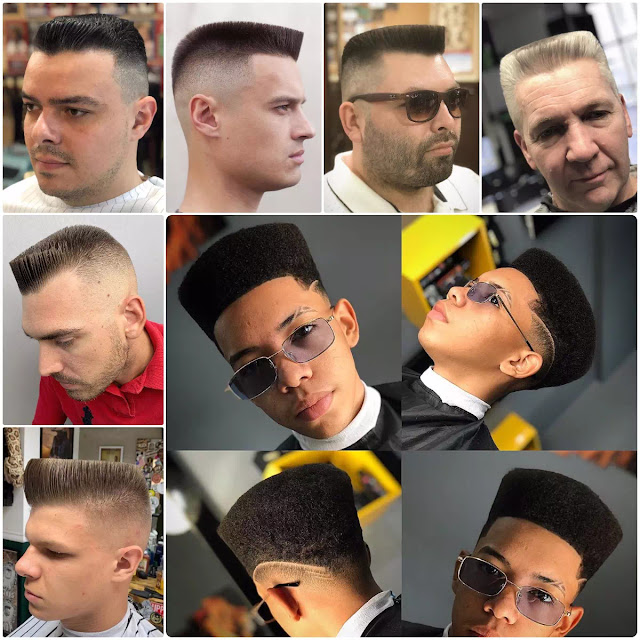 Clothes make the man, and so do hairstyles. The flattop is one of those iconic hairstyles that are automatically associated with a different time. While absolutely iconic, the hairstyle has slowly faded into the recesses of time.

The flattop has some dedicated wearers from the time it was introduced. It still remains extremely popular in the military, where it was first introduced. The practical cut started making the rounds in everyday life some time after the Second World War.
The hairstyle was created for the military after the buzzcut started to be associated with ‘white trash.’ After serving in the military, most soldiers retained the hairstyle as they had gotten used to the short crop. It only later got adopted by the mainstream.
While it retains a loyal following, the style was most popular in the 1950s. It remerged in the 1980s but soon dropped off in popularity once again.

The flattop is a short haircut with a characteristic feature of being squarish. When viewed from the front, you think of a deck. The deck, or the top of the hair, can be level or sloped upwards or downwards.
Much like any other hairstyle, the classic mold of the flattop has different variants. The flattop with fenders and the flat top boogie have longer sides. What remains the same is the classic boxiness of the whole style.

It seems pretty easy to cut a flattop. A pair of large garden shears might seem like the ideal tool for the haircut. Surprisingly, it requires a lot more attention to detail and concentration.
The flattop cannot be achieved by following the traditional rules of hair-cutting. More than anything, it is about getting the hair to stand with the help of a dryer and then shaping it with hair clippers. There is definitely no easy way to deliver this haircut.

Is It For You?

The boxiness of the flattop makes it suitable only for some head shapes. Apart from the head shape, there are a couple of factors that need to be considered before going all in.

We’ve mentioned that the flattop requires some great skill to deliver. It also takes a lot of maintenance to keep. The preciseness of the style means that even the slightest growth needs to be touched up. To keep the freshness of the haircut, a trip to the barber every week or two is mandatory.

With how much the flattop needs to be touched up and maintained, it is no surprise that it is costly. A trip to the barber every week, additional styling products, and maybe a dryer all add up in the end.

The boxiness of the cut can add significant length to the face. So, if you’ve already got a long face, you’re not going to be happy with how much longer this haircut is going to make it.
The same goes for those with boxy faces. The angular hairstyle will only exaggerate the square shape of the face.

The style may not be trendy anymore but can still be an incredible haircut for some. If you’re willing to put in the effort, the flattop will definitely keep you looking timeless.